Figa’ing this one out will require 3 map purchases, but as the 2 intersect, as far as I know, the North Quinalt River trailhead there is at least a possibility of rocking some portion of the Elwha-Quinault Cross-Olympics Traverse as an up-and-back, followed by the full circuit of the North Quinalt-Skyline Trail Loop. 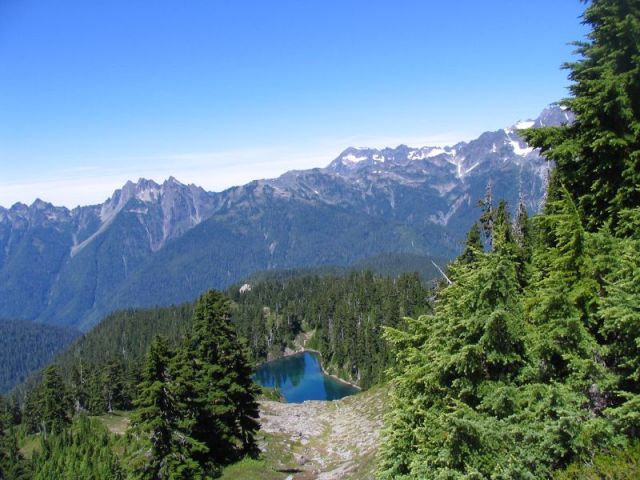 Using the North Quinault Trailhead as the axis of our journey, we could head north towards the Elwha River near Port Angeles – 45 miles distant. This in and of itself could be a 90 mile there-and-back hike, but I’m thinking (maplessly) that we could head to Martins Park in the Low Divide and back for a roughly 45 mile trip. Or, it could be 60 miles ?!? – to be determined. Upon returning to Franken’s sled/cache we can restock for part 2, the 42 mile North Quinault – Skyline Trail Loop. This feel is apparently the road not travelled – bear are plentiful and BPW states that:

…much of the route [snip] is so faint and rugged that it reuqires an extraordinary amount of both physical and mental energy to follow. Although the author enjoyed this trip, he can recommend it only to very fit backpackers who are experienced at route finding. Anyone else would probably find this hike to be too difficult to enjoy”

See: Wikipedia definition of SI, SH and DSH. I’ve found several conflicting trip reports on the interwebs about the starting points, distances, elevation and waypoints of both hikes, so it would seem that the actual maps and some better recon would be in order before researching this one further, but I’m intrigued. There are few other Olympic hikes one can cobble together in any semblance of a loop, and these two are in fact only mentioned briefly in the BPW “Other Backpacking Options” appendix. Regardless, an out-and-back north/south towards Elwha on the traverse from North Quinault followed by the Skyline Trail Loop would require at most a short drive mid-week from where hike one ends to wherever in the F hike two begins…and could be quite money. Or deliberately self-harming. McLovin reports: you decide, and I’ll have a follow-up recon report if this has universal appeal.